Last week, we introduced 4 endangered wild dog species to you. Like canines, cats are iconic predators that play important roles in their ecosystems. Many of the well-known Big Cat species are at risk of extinction. Snow leopards, Asiatic cheetahs and tigers are all listed as Endangered by IUCN or International Union for Conservation of Nature. But felids are a diverse group, and many lesser-known and smaller cat species also face conservation challenges.

The Andean cat is the most threatened felid in the Americas. This small cat belongs to a genus of spotted cats native to Latin America.

The exact status and population size of the Andean cat is not fully known. Scientists believe they occur mainly in the high Andes of Peru, Bolivia, northern Argentina and Chile. Habitat here is naturally fragmented and distribution of the species is believed to be restricted due to prey availability. Little is known about the cat’s ecology or behavior.

Habitat loss and degradation is the primary threat to the Andean cat, although prey reduction and introduced diseases are also concerns. Mining, resource extraction and cattle grazing have led to significant habitat degradation in the region. One of the cat’s principal prey sources, the short-tailed chinchilla is almost extinct. Native Quechua people hunt the Andean cat as part of their traditional culture, but it is also illegally hunted for its fur.

The elusive Iberian lynx historically ranged throughout all parts of Spain and Portugal on the Iberian Peninsula. By the early 20th century, however, they were very rare. Now, only two small isolated populations remain in southwestern Spain.

The Iberian lynx is classified as a distinct species from its Eurasian cousin due to slight genetic and morphological differences. This cat lives in Mediterranean forests, preying solely on rabbits. Habitat alterations, over-hunting and disease have negatively impacted wild rabbits, to the detriment of lynx. Agricultural development, poaching and road accidents are other threats limiting dispersal of this felid. 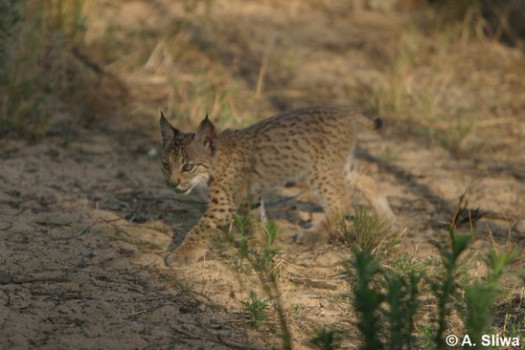 From 1988 to 2002, the estimated number of lynxes declined from 1,136 to a mere 43 split between two populations. Conservation efforts have since helped the cat recover. A survey in 2011 estimated 302 individuals, a positive trend. In late 2014, the first lynx was reintroduced in Portugal.

The two populations are isolated, making them vulnerable to extinction and the total population size is still considered too low for long-term survival. These small populations have low genetic variability, which may also lead to inbreeding. 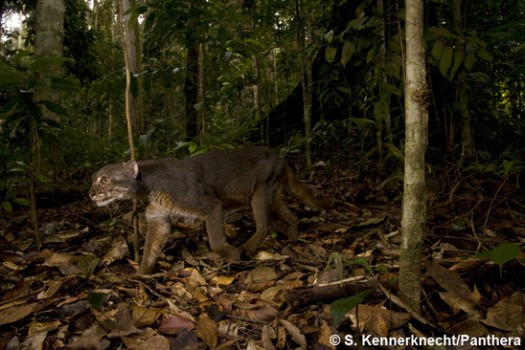 Very little is known about the Borneo bay cat, one of the most mysterious cat species. Together with its Asiatic golden cat and marbled cat relatives, this species represents one of the earliest lineages of felids.  Borneo, a large island shared by Indonesia, Malaysia and the nation of Brunei, is home to a variety of threatened biodiversity.

IUCN lists the Borneo bay cat as Endangered, but no data regarding the cat’s abundance actually exists. Almost no information on the felid’s ecology or behavior exists either. In fact, few specimens have ever been examined. The effective population size is assumed to be below 2,500 mature individuals.

Habitat loss due to deforestation for commercial logging and palm oil plantations is a major threat to all of Borneo’s endemic wildlife. If current deforestation rates continue, only a third of forest cover on the island will remain by 2020. Conservationists also suspect that the cat may be targeted for the illegal wildlife trade due to its increasing rarity.

Other better-known cat species facing conservation threats include the clouded leopard, snow leopard, Asiatic cheetah, and tiger. The last remaining population of Asiatic lions lives in the Gir Forest National Park and Sanctuary of western India. This lion subspecies is most closely related to the West African lion and once ranged widely across southern and western Asia. Approximately 500 remain.

Cats are an amazingly diverse group, both big and small, known and unknown. As predators, they are often the first indicators of biodiversity loss within an ecosystem.