The Michigan Natural Resources Commission adopted a resolution on February 11, 2016, commending years of research supported by SCI Foundation showing that white-tailed deer survival in Michigan’s Upper Peninsula (UP) region is dependent on suitable wintering habitat. As a result of these findings, the state is now moving to improve the UP’s winter deer habitat to increase deer survival.

Harsh winters can have serious impacts on deer populations. Heavy snowfall forces deer to migrate to wintering complexes, or yards, under dense canopy of conifer trees. When winter habitat is inadequate, deer are weakened and more susceptible to predation. Michigan’s UP hosts a complex ecosystem composed of multiple predator species including wolf, black bear, coyote, and bobcat.

“The Michigan Predator-Prey Research Project has been one of SCI Foundation’s flagship North American conservation initiatives since 2008,” said Joseph Hosmer, President of SCI Foundation. Wildlife biologists have been capturing and monitoring fawns, does, and predators to study the area’s predator-prey dynamics. Research concluded that quality and availability of wintering habitat was the limiting factor.

“Now in the project’s ninth year, we are able to apply what we’ve learned from research to on the ground management,” says Hosmer. “We are pleased that our research has led to the formation of the Upper Peninsula Habitat Work Group and improving deer habitat in Michigan. This is what SCI Foundation strives to do, and we hope this successful collaboration can be a model for other states.” 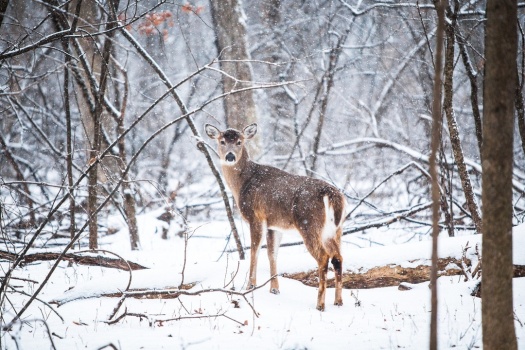 “Winter habitat quality is the most important factor influencing deer population trends,” said Gary Willis, a UP DNR service forester. Willis added, “improving winter habitat is an action in which all landowners can make a contribution.” The UPHGW and Michigan’s DNR are reaching out to private landowners interested in improving deer habitat and introducing a cost-share program for maintaining deer yards.

SCI Foundation’s goal is to direct wildlife research that leads to successful management recommendations. Results from this collaborative project in Michigan are applicable to similar states, and will ensure that proper scientific management is implemented for white-tailed deer and predator populations. 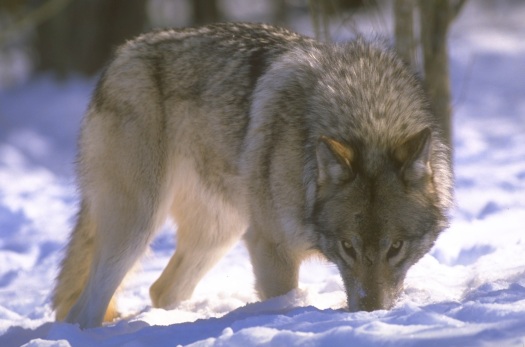 SCI Foundation has recently funded several Matching Grant Projects with SCI Chapters in Michigan. The Flint Regional SCI Chapter supports a state wolf population management project. Wolves have been monitored in the UP by the Michigan DNR since 1989. Researchers have tagged over 400 wolves to determine survival, cause-specific mortality, distribution, movement, and pack and territory size. With this information, management plans were updated and recommendations for the 2013 wolf harvest season were developed as a tool to mitigate increasing wolf-human conflict. The last wolf population survey estimated at least 658 wolves in the UP ecosystem.