Last year, one lion in Zimbabwe brought the role of hunting in wildlife conservation into the spotlight. Despite inflammatory reports to the contrary, Zimbabwe has a very successful model of lion management based primarily on sustainable lion hunting.

Zimbabwe’s lion management has been so successful that many wildlife areas, supported entirely by revenue generated from hunting, now have too many lions! Yes, in these locally managed habitats where the selective offtake of individuals is sustainable, populations of lions are steadily increasing.

A recent report from Zimbabwe authorities finds that lion hunting contributes over a third of total revenue to conservation on private land. All of that money goes back to conservation, anti-poaching, maintenance, research, and community support assistance. The Bubye and Savé Valley Conservancies host two of Zimbabwe’s largest lion populations and some of the country’s most abundant wildlife habitat. Both conservancies are completely supported by revenue from hunting and have no alternative income. 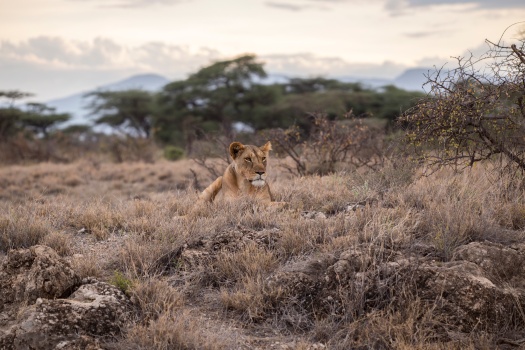 Hunting was essential for these conservancies to convert to wildlife areas after the viability of ranching failed. The Bubye Valley Conservancy now has a surplus of 200 lions, but American hunters are less willing to come to Zimbabwe because of the US Fish and Wildlife Service’s recent listing of lions as threatened under the Endangered Species Act. Bubye Valley’s general manager is currently seeking funding for lion relocation as an alternative to culling the surplus population.

As Africa’s apex predator, lions have a huge impact on their ecosystem and can generate significant revenue from hunting. Lions dominate other predators like leopards, cheetahs, and wild dogs, and unmanaged lions populations can negatively impact their ungulate prey, particularly within fenced reserves. Local wildlife managers take a holistic approach to conservation by incorporating lion hunting into their operations. Successful wildlife conservation outside of protected areas must be self-sufficient and derive the necessary operating revenue from the sustainable utilization of wildlife. Lion hunting is one of the most successful ways of providing those funds.

Abundant lion populations on these local conservancies ensure future security for the species, but are also critical to the conservation of other species, including rhinos. Rhino populations on the Bubye and Savé Valley Conservancies benefit from anti-poaching efforts financed by the revenue derived from lion hunting. Lion hunting as a land use generates over twice as much money as is required for anti-poaching costs on the same area. Bubye Valley is home to the world’s third largest black rhino population.

Zimbabwe has also taken significant steps towards improving lion management nationally, including prohibiting hunting of female lions, a limited moratorium around Gonarezhou and Hwange National Parks, implementation of age-based harvest criteria, the removal of fixed quotas, and application of a scientifically based adaptive quota management system. In these cases, the hunting industry has shown to be self-regulating.

The adaptive quota system was implemented years before the recent media uproar. Results from one year’s harvest determine the quota for the next in a fluid performance based system. The 2015 quota was accurately set at 85 lions nationwide, but due to higher selectivity and an increase in the age of lions hunted only 39 were taken. The quota was lowered for 2016 based on operators voluntarily choosing not to hunt younger males.

For many who are opposed to hunting, listing the species as threatened, restricting hunting and effectively blocking dollars coming in from the industry are seen as conservation successes. Import restrictions and blanket bans on hunting will ultimately hurt the African lion. Trade restrictions will be detrimental to the communities that are economically tied to the conservancies. High lion populations will decrease the amount of revenue generated from other game species. The pressure to remove lions from wildlife areas will be high and tolerance for coexistence will be low.

The US Endangered Species Act considers the status of lions overall, but lacks the ability to adjust policy for populations that are doing well, such as the Bubye and Savé Valley Conservancies. Here, local management of wildlife is successful. The current estimate in Zimbabwe’s major lion areas that have been surveyed is a conservative 2,600 individuals. Several such populations of lions around Africa are actually increasing, and strongholds persist in Eastern and Southern Africa thanks to hunting.

Zimbabwe is currently seeking visitors from Russia and China as fewer tourists arrive and the future of American hunting market is unknown.  From 2005 to 2015, the US market represented 70.4% of Zimbabwe’s lion hunting industry, and 90% for the two local conservancies. If revenue is lost from this source, management of wildlife areas will become unviable, and ultimately lions will suffer.