Chronic wasting disease, or CWD, has baffled scientists for decades. CWD is an infectious brain disease that has been killing deer, elk and moose since it was first identified in captive mule deer in a Colorado research facility in 1967. CWD is classified as a transmissible spongiform encephalopathy (TSE), and is similar to mad cow disease in cattle and scrapie in sheep. The infectious agents of CWD are classified as prions, which are infectious proteins without associated nucleic acids.

While scientists are still not sure where the disease came from and why is it spreading across the landscape; they have learned that grass plants can bind, take up and transport infectious prions. Researchers at the University of Texas Health Science Center at Houston analyzed the retention of CWD and other infectious prion proteins in wheat grass roots and leaves that had been incubated with prion-contaminated material. They discovered that even highly diluted amounts of the material can bind to the roots and leaves. 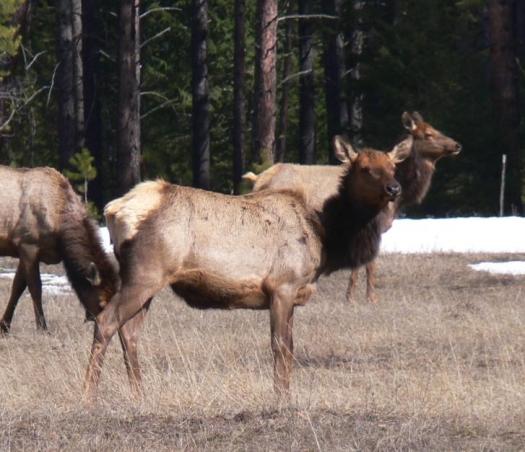 In addition, the team found that plant roots can absorb prions from contaminated soil and transport them to different parts of the plant. By doing this, the plants can act as a carrier of CWD. There is a possibility that prions have been progressively accumulating in the environment.

Scientists had already known that CWD prions are good at binding to soil, especially clay-based soils, and that they can persist there. Contaminated soils are believed to have served as sources of infection in previous CWD epidemics. The persistence of the infectious agents in contaminated environments represents a significant obstacle to eradication of CWD from the wild. 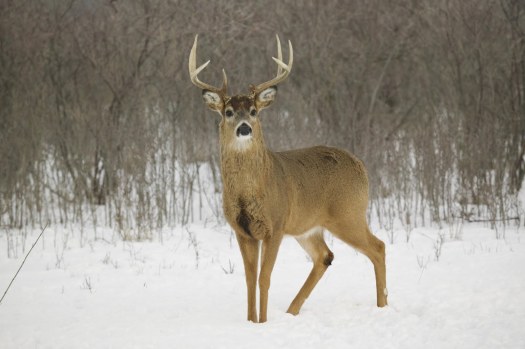 Although CWD is a contagious fatal disease among deer and elk, the World Health Organization has concluded that there is currently no solid evidence that humans can get CWD from eating deer, elk or moose. Yet it is still advisable that hunters take common sense approaches in areas where CWD is known to occur, such as avoiding eating animals that appear sick, wearing latex gloves when field dressing animals, and avoiding contact with the brain, lymph nodes and spinal material.

CWD is a challenge to manage in the natural landscape. It is hard to contain, especially since it spreads through the soil or on plants. However, understanding the role disease plays in wildlife populations helps wildlife biologists better manage game populations. Knowing the mechanics of how a disease spreads and its persistence in the environment will help us learn how to decrease the impact of an outbreak.

For more information about CWD visit the Chronic Wasting Disease Alliance at http://www.cwd-info.org/index.php.