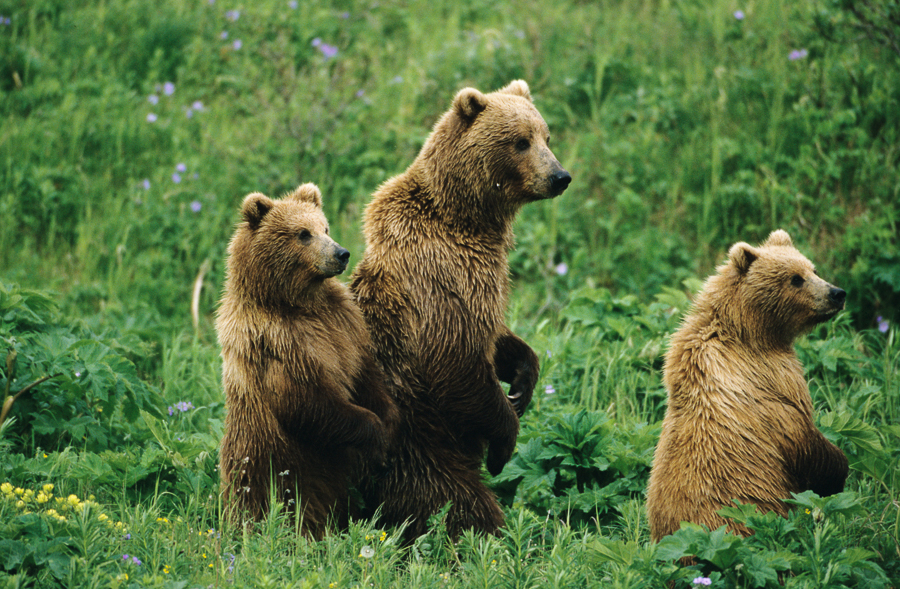 In 2012, SCI Foundation partnered with the Kodiak Brown Bear Trust (KBBT) to assist with research and management for brown bears on Sitkalidak Island in the western Gulf of Alaska. The study’s results pointed to a robust and growing bear population.  However, researchers wanted to learn more information about the island’s bear population. Ten adult females were radio-collared and monitored for 2 years. Data collected from the bears has provided important information on reproduction and cub survival.

During 2013 and 2014, researchers conducted two annual survey flights to assess cub survival and female productivity by monitoring the radio-collared bears. Of the 10 bears radio collared in 2012, 3 bears were missing and no longer transmitting data in 2013. One additional bear was unable to be located in 2014, resulting in the continuous monitoring of 6 females from capture through 2014.

Over the study period, three females have produced a total of 8 cubs; at least 4 cubs survived through 2014.  Three other females had litters of 8 yearlings; with 4 of them surviving through 2014.

SCI Foundation has again partnered with the Bear Trust to increase the sample of radio-collared female bears to improve estimates of survival and reproduction.  With this funding, Alaska Department of Fish & Game will capture and radio-collar an additional 10-13 females, and extend data collection for four to six years.

The information collected will be an important contribution to knowledge and subsequent management of Kodiak brown bears. SCI Foundation looks forward to following this project as research continues and we will keep you updated as findings arise.