Wildlife trafficking is monopolizing headlines. Stories are posted daily about ivory stockpiles, confiscated rhino horn and illegal imports of live animals. While countries can easily tag and store ivory or pelts, live animals pose a different problem.  What happens to the hundreds of turtles found in suitcases or the baby bears stuffed into backpacks?  Where do they go when confiscated and who takes care of them? Most countries have laws that prohibit the importation of certain animals and regulate the confiscation process when violations occur. Such laws usually relate to the Convention on International Trade in Endangered Species of Wild Fauna and Flora (CITES) framework. According to a CITES resolution, “when live animals are confiscated by government authorities, these authorities have a responsibility to dispose of them appropriately and within the confines of the law. The decision on disposal must achieve three goals:  1) to maximize conservation value of the specimens without in any way endangering the health, behavior, or conservation status of wild or captive populations of the species; 2) to discourage further illegal or irregular trade in the species; and 3) to provide a humane solution, whether this involves maintaining the animals in captivity, returning them to the wild, or employing euthanasia to destroy them.” Res. Conf. 10.7 (Rev. CoP15). CITES only provides general guidelines, which has resulted in confiscated animals being handled and disposed of in a variety of ways.   Some animals are returned to their country of origin and released back into the wild. Others are released into existing wild populations within the country that confiscated them.  Sometimes animals languish in holding facilities, and eventually die. 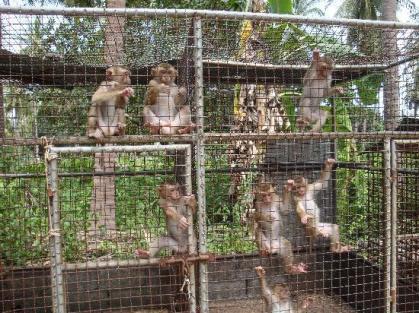 Euthanasia is usually an unpopular option. However, Resolution 10.7 states that, “it cannot be overstressed that euthanasia may frequently be the simplest and most humane option available.” Some countries, such as the U.S., try to send seized or confiscated animals to sanctuaries or zoos that can care for them. But, in even the most organized countries, space and resources to care for these animals are limited and lack of funding can lead countries to choose the less desired methods of disposal. Due to an increase in wildlife trafficking, demand for information and advice to guide confiscating authorities in the disposal of live animals has increased. Some countries are already working on adopting legislation and specific procedures that could give authorities a more defined process for handling confiscated animals. Recommendations include the setup of temporary holding facilities at border posts and better cooperation among involved governments. As more live specimens are intercepted each day, it is paramount that every country has adequate procedures in place to accommodate them. SCI Foundation works to ensure the best science-based wildlife management is used to conserve wildlife for the future and that extends to policies for disposal and relocation. It will be interesting to watch legislation develop as countries begin to recognize the necessity for new and improved procedures.