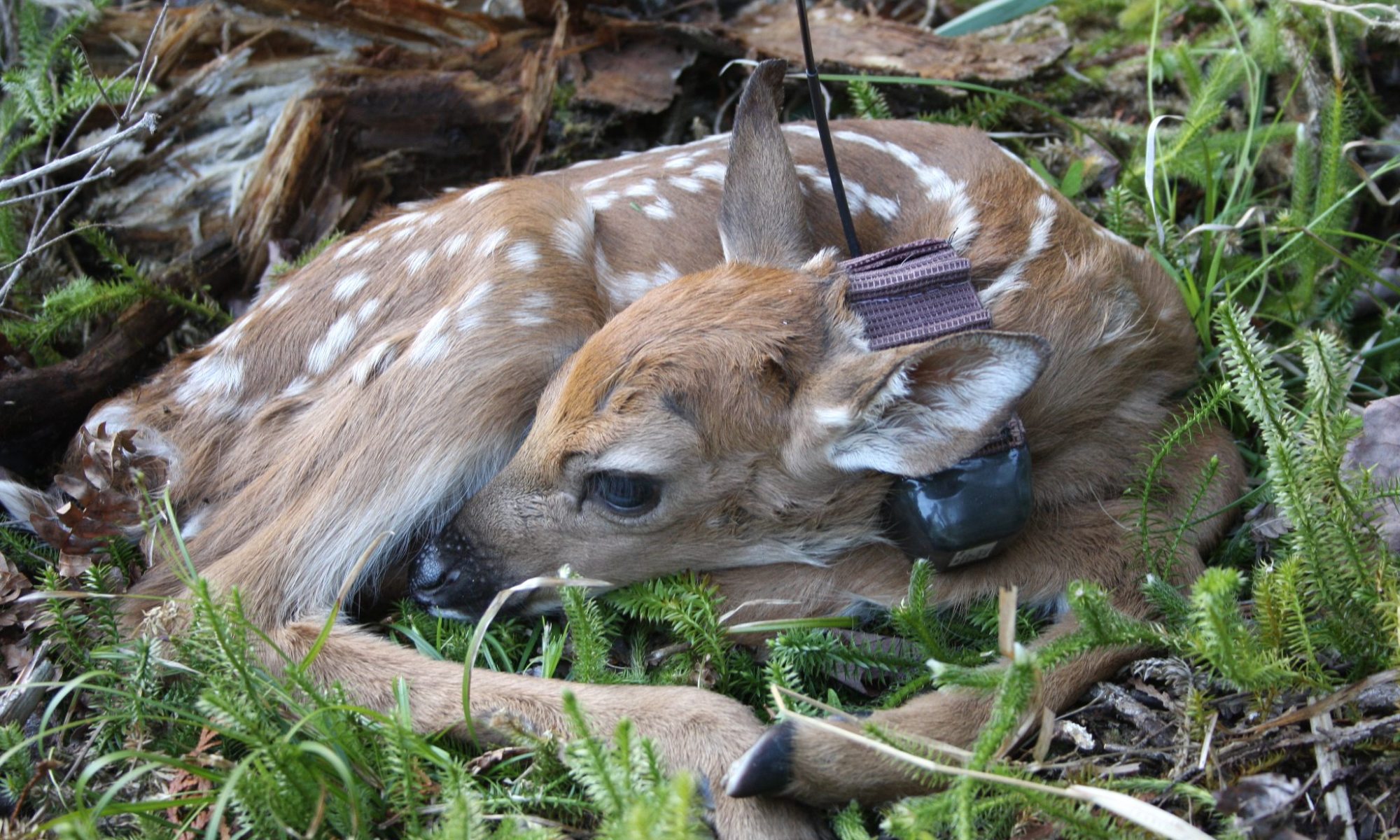 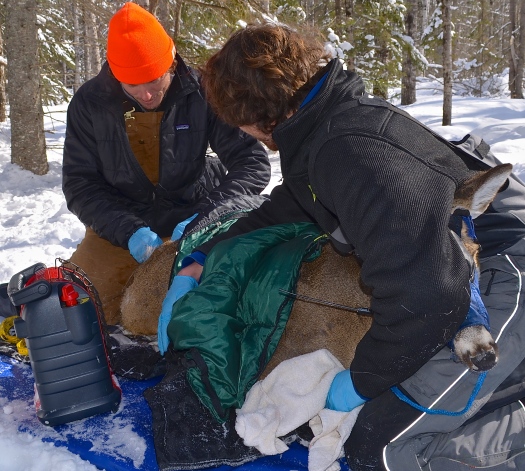 White-tailed deer fawn survival was down to 10 percent last fall on the Michigan Predator-Prey Project, which is extremely low.  Given the cold temperatures and deep snow conditions that have occurred already this year, there will likely be additional fawn mortality.  Predation combined with this year’s intensified winter conditions seem to be negatively affecting the white-tailed deer population and further observation will show just how much these factors impact mortality rates in fawn deer.

The project’s overall objective is to understand cause-specific mortality of white-tailed deer fawns. Mortality to predators is being compared to factors such as birth site characteristics or seasonal resource use across three different snow zones (low, middle, high) in the Upper Peninsula.  The project is currently studying the middle snowfall zone and has completed work in the low snow zone.

Winter field work, spanning from December 16, 2013 to March 15, 2014, has involved the capture of 45 additional study deer.  Researchers and volunteers will continue to monitor all radio-collared deer once a week to monitor survival and movements. Radio-collars on bears have been removed or replaced, but bear den checks are still being conducted to count the number of cubs and observe the condition of the sows. Additionally, collared predators will be monitored once every two weeks.

This research is crucial to understanding the predator-prey relationship in the Upper Peninsula and will allow the Michigan Department of Natural Resources to improve their management of white-tail deer populations during winter. So far, the information gathered has been published in two refereed manuscripts in the journal Population Ecology.

If interested, you can find previous progress reports and links to technical publications from this work on the project’s website: http://www.fwrc.msstate.edu/carnivore/predatorprey/index.asp