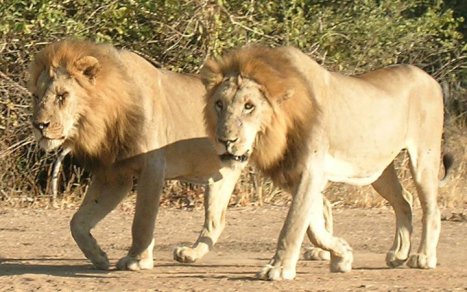 We can all agree that wildlife has value. The value that people associate with wildlife can take multiple forms, one of which is the importance of wildlife to human Society. When a species loses its societal value, the regard for the well-being of individual animals and the overall population status of the species may diminish. An instance where a species might lose value is the realm of Human-Wildlife Conflict. Far too often, over-abundant or species with certain life history strategies have been reduced in status from game animal or furbearer to a nuisance. The risk is that the general public has little regard for the game species Conservationists worked so hard to bring back from the brink of extinction.
Wildlife Damage Management (WDM) is the process of using various tools and techniques to alleviate Human-Wildlife Conflicts. Through WDM, individual animals causing damage to crops, depredating livestock, serving as disease vectors or threatening human health and safety may be appropriately managed. Harassment, exclusion (changes in husbandry practices), trapping and hunting are some of the most prescribed methods for reducing conflicts with wildlife. Many techniques used to alleviate conflicts are species-specific or even specific to a particular locality and time. SCIF is committed to working with partners around the world to reduce Human-Wildlife Conflict, from white-tailed deer or African elephants damaging crops to large carnivores depredating livestock. One SCIF project dedicated $19,000 to the Tarangire Ecosystem of Tanzania that combined predator population monitoring, public outreach, land-use mapping and livestock depredation abatement.
Recently, SCIF contributed $20,000 to manage conflicts between humans and wildlife in Zimbabwe. In collaboration with Charles Jonga, Director of CAMPFIRE Zimbabwe and the Zimbabwe Parks & Wildlife Authority, SCIF is continuing to assist communities in securing their livelihoods while conserving wildlife. During the 1980’s and 1990’s CAMPFIRE (Communal Areas Management Program for Indigenous Resources) fostered a diversified economy on marginal lands adjacent to Protected Areas (PA) that included consumptive and non-consumptive wildlife tourism. The current partnership between CAMPFIRE, Parks & Wildlife Authority and SCIF will work to develop a community-based wildlife conflict strategy whereby Problem Animal Control (PAC) response mitigates damage and ultimately prevents poaching. Public education to eliminate retaliatory killing with indiscriminant methods will be an important component of the project. Reducing illegal activity by having an effective system to address problem animals will undoubtedly be favorable to future wildlife-dependent recreation in Zimbabwe.
“Recently, conflicts between humans and wildlife became one of the biggest obstacles for community-based natural resource management in Zimbabwe. However, the support of rural communities is critical to the success of wildlife conservation.”
– Charles Jonga, CAMPFIRE Zimbabwe
For the North American Model of Wildlife Management to work and be applied internationally, wildlife must retain a utilitarian status among the general public and not simply be regarded as a pest. If the local people do not appreciate the contributions provided by maintaining certain species on the landscape, there is little hope of sustainable use in the future. The $20,000 funded by SCIF to Zimbabwe for Human-Wildlife Conflict resolution will help to provide economic stability and thus contribute to sustainable use of wildlife in the region. The objective is to increase acceptance of wildlife conservation initiatives through education and reducing the negative impact of wildlife on local communities. According to the Federation of Associations for Hunting and Conservation of the European Union (FACE), community-based natural resource management programs are highly promising for wildlife conservation through poverty reduction. Economic benefits including increased crop yields and revenue from science-based hunting programs directly stimulate the communities involved.